documenting my life as a homemaker and a homesteader.

It’s taken me a full year to write this. My fingers shake as I type.

It has been a full year without my best friend Joshua. He took his life one year ago today.
I still remember everything about February 5th, 2019. From the moment I woke up until the moment I cried myself to sleep.

It feels like this year has gone by fast and slow at the same time. Fast on the good days, slow on the really bad days without him here.

While my husband and I endured this loss together, it changed us in so many different ways. It shook our marriage, our whole life to it’s core and while every first year of marriage has it’s issues, I wish we would have never had to endure something like this.

When Joshua died, a part of me died with him. I’m no longer the same Rocio I was a year ago, I’m not even the same Rocio my husband married. I know some of you reading this will think, “It’s time to let go, time to move on… You can’t dwell on this forever.. He’s in a better place.. You have to live your life..”
It’s not that I can’t, it’s not that I don’t want to, many of you reading this do not know that my husband and I were on the scene mere minutes too late after Joshua took his life.
It was traumatizing, something we both live with and have flashbacks about and are trying to combat and cope with.
I cannot drive down that street, look at anything that has to do with the location, even similar smells and sounds from that day make me have panic attacks. I still live with survivors guilt.

After his death, I grieved in a way I never have before. I was full of anger, full of rage, that then went to a deep sadness, a heartbreak, devastation, I was full of questions that I’ll never know the full answers to.
I had “friends” who gave me some space, some who didn’t know what to say or do so they stayed away from me, some who told me they had enough on their plate and couldn’t deal with me and I had one who flew in from New York just to be by my side.
Needless to say, the loss of Joshua showed me who and what a true friend really was.

The last post I wrote about Joshua, I was so angry about all these people coming out of no where claiming they loved him, missed him, asking and posting pictures, following his social media page even after he passed, writing comments on his page knowing he’s not coming back and now a full year later, of course I haven’t heard a peep out of anyone about anything from Joshua.
That’s the thing about death isn’t it? Everyone loves you and misses you when you’re gone. When you’re here, you feel neglected, underappreciated, sometimes alone.

I went through a series of emotions this year and when the rage left me, a deep sadness and devastation came.
One day in March, I felt so overwhelmed. I had been pretty strong for the most part and then out of no where, I felt as if something in me finally broke or came undone and I couldn’t get that day out of my head, I couldn’t stop crying, my husband was out of town and so were my parents, I would try and sleep and close my eyes and I kept seeing Joshua, it was too much to bare.
So that same day, I decided that maybe it would be better if I wasn’t here anymore. I was so unhappy and knew that my days would only get darker and heavier and I didn’t want to deal with them anymore. I kept looking at everything in my house and thought, “Is this the last time I’ll ever see these things again?” I walked into my mom’s garden that had blooming roses and tried to smell them and thought, “Is this the last time I’ll ever smell these again?” Everything I touched that day, it was as if I was touching, seeing, and smelling for the last time. I cried at the thought that it would be but I hurt so much I felt I couldn’t go on. I planned out what I was going to do that night and I made sure I isolated myself from answering any calls or texts from my family that may have intervened. I remembered my eldest niece was having prom that very day and she wanted me to be there to see her off. I put my plans on hold to make the drive to see her and when I came home, I was still filled with a sadness but more so a fear. A fear of leaving everyone in my family behind. I started to try and talk myself out of this dark thinking and feelings I had and I prayed and pleaded with Jehovah to help me stop myself. I left my house and came to my parents house to try and change my settings. Still crying, still heartbroken, still feeling shattered. I crawled into my parents bed and cried until no more tears would come, something in my head said, “Just give yourself one more hour, just one more.” With each hour that came after that, I kept telling myself that. I woke up early that next morning with swollen eyes and my hand clenched to my phone. When I turned it on, I saw that I dialed the National Suicide Prevention Lifeline number but had not yet dialed it.
I got out of bed and realized how low and lonely I had felt the night before and how so many bad thoughts came over me. It was like I was another person. Someone I don’t know. It terrified me to think of what might have happened had I proceeded with my original plans.

While I didn’t tell anyone about that bad day initially, I couldn’t hold it in anymore and expressed things to my husband and to my best friend. I have not felt that same way ever since that day and even though I still have my bad days, they are nothing compared to what I felt like on that day in March. I think Satan waits for the perfect opportunity to get you alone when you’re feeling your lowest and he pounces. And that’s what depression is, something you can’t really explain or understand but know it’s there. Even the happiest of people have fallen into the trap of depression and maybe even have contemplated taking their life from time to time.

Aside from all the sadness this year had, there was also two pieces of hope this year has brought, the first being that I opened two memorial funds in Joshua’s name for The National Alliance of Mental Illness & The American Foundation for Suicide Prevention and with the help of those who contributed and donated, together we raised over $1,000.00 to help survivors of suicide, their families and those who seek help but do not have the funds to get the help that they need.
Second, my husband and I found out we are pregnant and will god-willingly welcome our firstborn this summer. We have not found out the gender yet but I wanted you to read it here first, if we are blessed with a baby boy, he will be named after our best friend Joshua.

Whether you knew today was the anniversary of his death or not, all I ask of you is that when you see someone in need, help them. It doesn’t take much to know or see someone going through a hard time, no matter how big or small their issue is, help them. Reach out to them. Call them, visit them, invite them out, include them. Even if they are difficult, even if they are “weird”, even if you’ve tried with them before, keep trying. Even when they isolate themselves, try and break through.

Every week, almost every other day Josh would ask me if I loved him, if I was proud of him and I would give anything to hear him ask me again. Every time we talked and saw each other, no matter how great or positive the setting was, he complained about something but I wish so much I could hear him complain one last time.

Josh was the first friend I made during my first day of service when I became an unbaptized publisher. He also formally introduced me to my now husband. I never knew what it truly meant to give your life for someone but now I do. I would do anything to have him back, to hear his cackle and wheezing. To hear him sing, to see him pose for the camera.
All of those are just memories now and I know he is long gone. I am a different person today because of his death and while I am in a better place now, there is not a day that goes by that I don’t think of him.

I’ll be seeing my boy soon. I hope you all reading this will see him and meet him soon too in paradise where he will be completely and utterly happy.

One thought on “One Year” 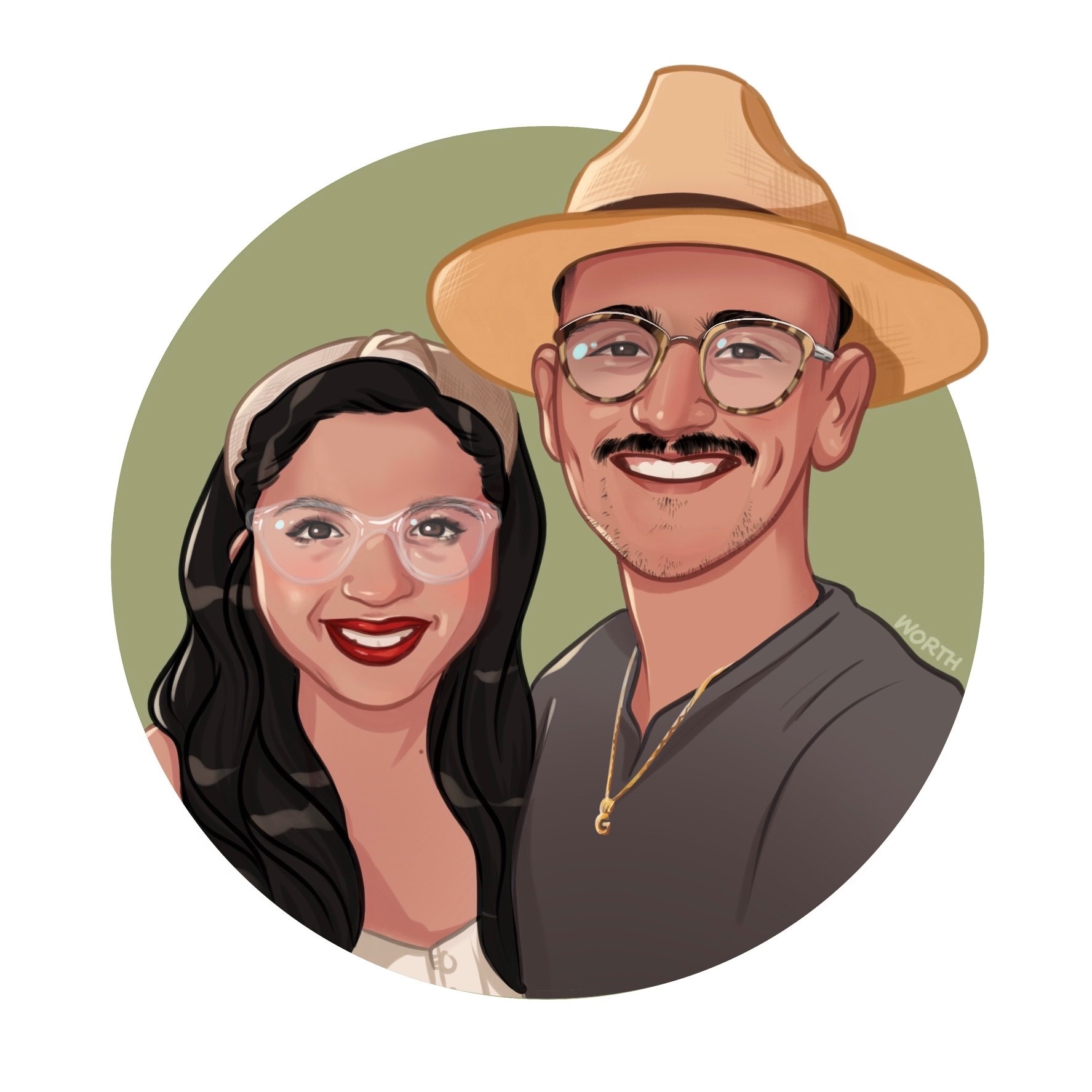 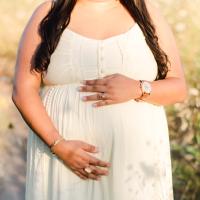 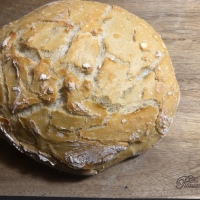 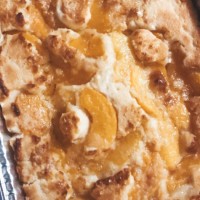 Looking for something in particular?